From the bass-heavy and proto-dubstep tracks of DJ Krush through the blissful Detroit house of Waajeed to the trippy melodies of DJ Tennis, these were the best 10 performances of the 26th edition of Sonar Festival in Barcelona 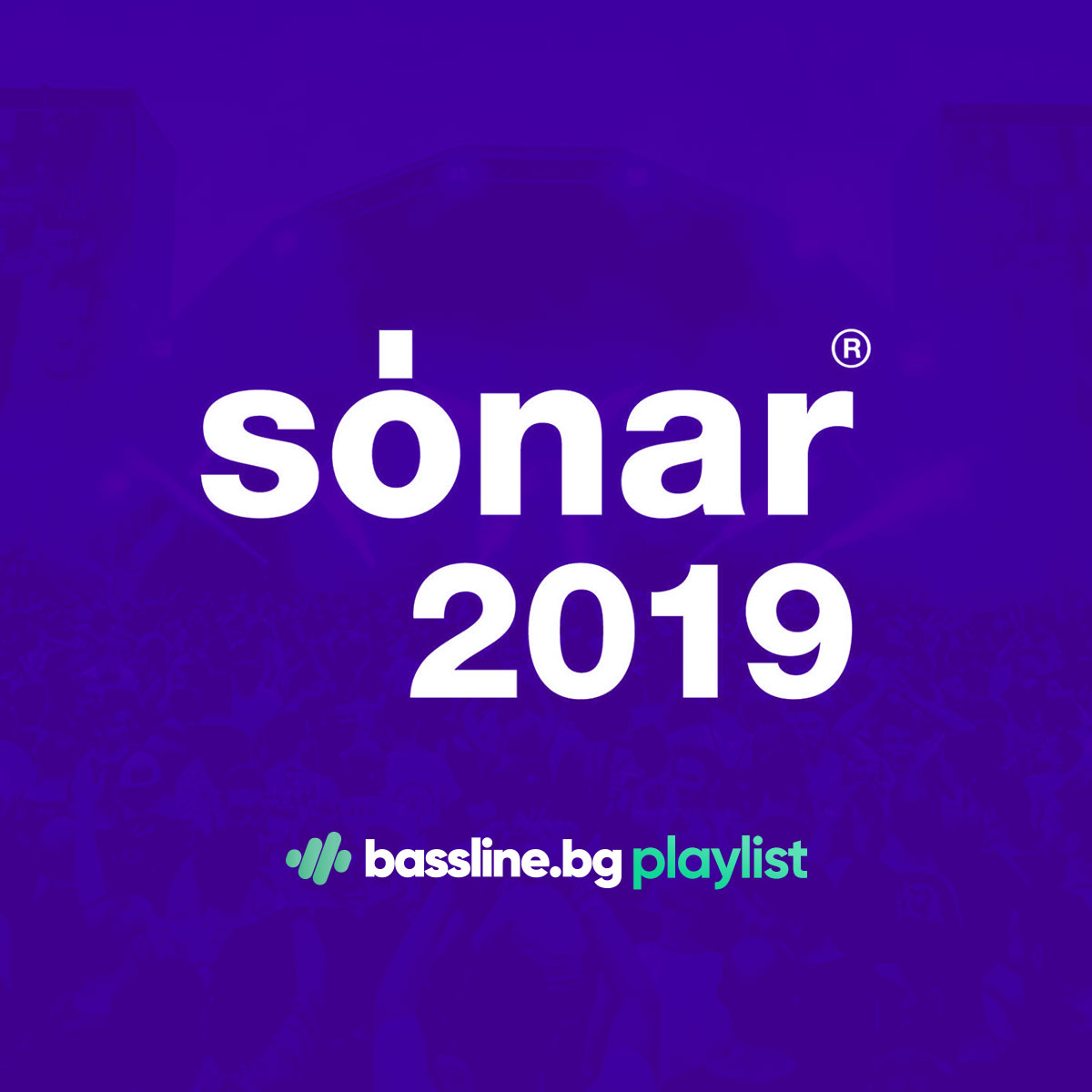 There are few things that comes to mind when we think of Sonar Festival: great organisation, huge venues with amazing sound systems and cutting edge line-up. These things are constant associations built with Sonar’s 26 years of existence. And of course, 2019 was no exception.

The amazing potentiality of Sonar’s team to perfectly handle the organisation of an event of such scale without a single compromise with the quality and visitors’ experience is stunning. Having been to a handful of smaller events that suffer from really bad organisation we definitely can tell that Sonar Festival does a great job.

Huge venues are usually hard to sound-screen but not for Sonar and this is the other great aspect of the festival. No matter if you are right in front of the stage or in the other end of the venue the sound quality and power are just the same – amazing. So you can definitely enjoy your favourite band or DJ from every spot of the venue with plenty of space to dance undisturbed and have your own experience. The only exception this year was the SonarCar stage. We tried both nights to enjoy it, but the sound system was just not good enough to keep us there. The other let down were this year’s headliners Underworld – they just didn’t sound good on the otherwise SonarClub’s great sound system and only the familiarity of the hits like Moan and Cowgirl was making it possible to recognise what’s playing at the moment.

Sonar Festival’s line-up represents all kinds of dance music genres varying from downtempo and experimental through hip-hop, trap and dubstep to house, tech-house and techno presented from DJs, singers and bands in sets or live band concerts. So every corner of the dance music and every way to experience the music is covered. With Sonar you can always find some new and exciting bands and DJs you’ve never heard of before. Last but not least Sonar line-up gathers cutting edge artists, reflecting the current state of the dance music, so for the next 12 months all Sonar participants are going to be booked through every other festival happening around the globe.

However when you look closely to this year’s line up it’s easy to see that the accent was on urban styles like footwork, trap and even drum’n’bass. There was few questionable bookings like Andy C and Flava D, which in our book are not really cutting edge, but yet there is something for everyone and plenty of choice, so we enjoyed it anyway.

From the bass-heavy and proto-dubstep tracks of DJ Krush, through the blissful Detroit house of Waajeed to the trippy melodies of DJ Tennis, these were The Best 10 Performances of the 26th edition of Sonar Festival in Barcelona.

This was Kieran Hebden only Spanish show for this year so it is no surprise that this was the best Sonar performance for 2019. Moreover it was the “no lights” show so you could not only hear but see and feel the music not disturbed by lights and lasers. And Four Tet’s selection was perfectly fitting with the darkness of the SonarPub stage in Friday night including his own weapons Planet, Teenage Birdsong, Dreamer and his remixes of Bicep’s Opal and UK garage classic Cape Fear as well as the massive tune Only Human. The 90 minutes of touching basslines and Four Tet’s mastery behind the decks drove the crowd completely wild.

The Detroit-born DJ and producer Robert O’Bryant is a musician with a better understanding of the funk than most, as can be evidenced from his recently published solo debut From the Dirt. Consisting of 10 irresistibly funky bangers the record reflects and celebrates the city’s dance music past, from techno-futurism, to acid house, to classic-house grooves. All that perfectly reflected in his 60 minutes set at SonarPub stage in Saturday. It was a complete guide of Detroit classic house with plenty of diva vocals that gone far beyond everyone expectations making it a real bliss.

The key figure in the history of Japanese hip hop and urban dance music, DJ Krush brought his formidable turntable talents to SonarVillage in a long awaited return to the European stage at Sonar by Day in Friday. Scratching with two red Serato turntables brought on a nice bout of nostalgia with master skill and styles ranging from hip-hop to proto-dubstep blended with a veteran’s touch and bass-heavy instrumentals that made everyone jump around.

The young Australian producer Mall Grab brought his crisp productions that inject a wistful sense of suburban longing over crunchy 808’s, pitch perfect acid bass and rap samples to SonarClub stage on Friday night. His music fitted perfectly with the amazing sound system of Sonar Festival’s biggest stage that made our first ever encounter with Mall Grab a genuine experience.

DJ Koze was the second DJ to play Four Tet’s massive Only Human in just few minutes after Four Tet himself played it in his set so everyone went wild once again. That gave a great booster to the whole experience continuing with a plenty of trippy melodies and crazy vocal samples that filled SonarPub stage at sunrise. DJ Koze did very long transitions that together with with his particular, psychedelic take on house, techno and disco, took on a special protagonism in his set at SonarPub on Friday night. That made his 90 minutes on stage the best possible closing over the weekend.

Manfredi Romano has one goal in life – to make people dance. And he totally did it. His set was packed full of undiscovered and rare disco, house, techno, funk and electro gems touched by his psychedelic take on them. And just for the record his set was different from the one he did at Sonar back in 2016. The crowd was completely embraced by his music selection and mostly by the classic hardfloor mix of Yeke Yeke by Mory Kante and the Soulwax remix of Marie Davidson’s Work It. Of course his set was full of new and unreleased material that is DJ Tennis’s trade mark.

DJ Tennis perfectly set the mood for the rest of the Saturday night passing the torch to Dixon who closed the festival at SonarPub with 2 and a half hour of weird, German-tasteful electro and synth-heavy tracks greeting the sunrise. The transition between DJ Tennis and Dixon was without interruption which made the experience even more great nailing 4 hours of dancing. This was by the way the main reason to listen to Dixon not bothering moving to another stage, as for example to listen to Honey Dijon b2b Louie Vega who were closing SonarLab stage at the exact same time.

For the past few years there is a balance in the line-ups of every major festival between female and male acts and Sonar is no exception. This was best felt at the SonarLab stage curated by Resident Advisor. Amongst names such as Peggy Gou, Honey Dijon, Deena Abdelwahed and many more there was Saoirse that popped up with super eclectic 60 minutes set of contemporary dance music, stretching from house, techno and bass to dub, garage, electro and all mixed up. Her sound and mixing skills drove a lot of crowd in front of the stage in no time.

Armand Jakobsson got everyone in a perfect mood and timing for his set at SonarClub bringing great blend of house and techno with a Scandinavian touch pushing the crowd into what was coming on Sonar by Night at Friday. Together with Waajeed, Saoirse and Mall Grab, Seinfeld was one of the rare gems we listened for the first time completing our list of finding new artists and music.

New York house music’s most acclaimed trio of DJs and true pioneers – François Kervorkian, Danny Krivit and Joe Claussell took over SonarCar for a 6 hours journey on Saturday Sonar by Night and beside the problem with the sound system on the stage we have to admit that their selection of house, US garage and disco full of soaring gospel soul, crisp basslines, anthems and deep cuts alike was nothing but made everyone dance like crazy in the intimate club setting of the SonarCar stage.

You can hear a playlist of some of the tracks we heard at Sonar 2019 from the bassline player or head over bassline.bg Soundcloud profile here.

See some of Sonar Festival 2019 Best Moments in the photo galleries here.

Enjoy some of the best concerts and DJ sets from 26th edition of Sonar Festival with our video selection here.