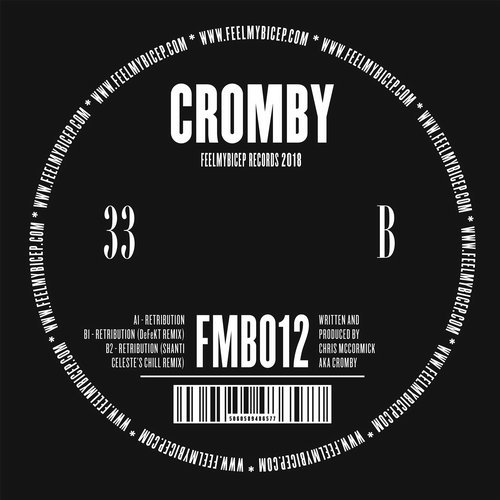 Next up on Bicep’s Feel My Bicep imprint is a fresh single from the Irishman Cromby, featuring two remixes from Electro stalwart DeFeKT and the ever-dependable Shanti Celeste.

Having held down a 6-year residency at Shine in his hometown of Belfast, Cromby now lives in Berlin where he has continued his ascent; having gone on to earn sets at Panorama Bar and Robert Johnson as well as a release Denis Sulta’s Silver Service label.

Now – he slots neatly into the FMB catalogue with Retribution – a single that draws from his experience spent on the floor and behind the booth at clubs in Berlin, with it’s stirring chords and frazzled drums.

DeFeKT’s offers up a buoyant, 808-heavy take on the original while Shanti’s Chill mix omits the kicks in favour of her signature sunny synth tones.

RA Between The Beats: The Black Madonna